In Part 1 of Learning from Visual Clues I asked everyone what we could theorize based on what we see in these photos. I concluded with "Remember, every house, no matter what age, has a story to tell!"

And therein lies the trick to this question. 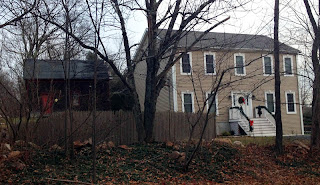 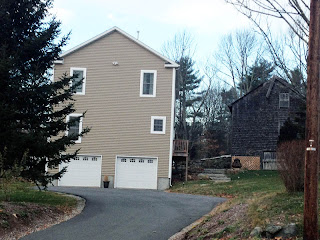 In the example above the house is in fact not old. It's a two year old modular home what was placed on the property. The big clue is the old barn. This property formerly was the site of an old house. The previous house was placed to the left of the new house. After the modular home was installed the old house was taken down but the barn was kept in place.

We can also surmise that a different house was sited here because it's unlikely that a barn such as this would have been built without a house nearby. You can't tell but this property is located on an old thoroughfare hence the reasoning for a house and barn instead of just a barn.

The reason this is significant is that there are often multiple houses located on one site at different times. If you are referring to old maps you need to be open to the possibility that a house designated on an early is not the same house as one on a later map. This was exactly the case for the house I used as my example when I spoke to the Beebe Memorial Library in Wakefield back in October.

Iif you miss the physical clues (which are there if you just take a close look) you can try to find archival clues, even when researching in the 21st century.

Similar to when determining the year built by carefully looking for increases in 19th century tax records, you can do the same with modern records.  Look at this recent data from the local assessor:


Notice how the acreage stayed the same yet the total value jumped from 2011 to 2012? That would indicate a major change to the property. Also note that the "Yard Items" decreased. Perhaps there was another barn or outbuilding on the property that was taken down.

We can learn so much from properties just by looking for the visual clues. Once we have a hunch we can search for supporting documentary evidence. This will help us to accurately interpret what we are seeing.

Walk around you property and look at it with fresh eyes. Perhaps you won't discover new information about the age of your house but maybe you will discover old cart paths, a grown over road or foundations for barns or outbuildings that are no longer there. There are lots of surprises waiting to be discovered!

Posted by Marian at 9:14 PM No comments:

There are so many aspects of discovering your historic house that will help with uncovering the details and clues to its history. While it's important to search for historical documents and to analyze the architecture there is something much simpler you can do.

Spend some time conducting a visual survey of your house and property. Looking at your home and the lot that it sits on can be very revealing.  Sometimes we get so caught up looking at the minute details such as paint, nails or cornices that we forget to step back and see what the big picture is trying to tell us.

Look at these two photos. What important information can we theorize based on what we see in the photos? You can click the photos to enlarge. Leave your suggestions in the comments. Tomorrow I will post the answer.

Remember, every house, no matter what age, has a story to tell!

Have I stumped you? It's probably not what you're expecting. But that's good because you need to expect the unexpected especially when it comes to houses! 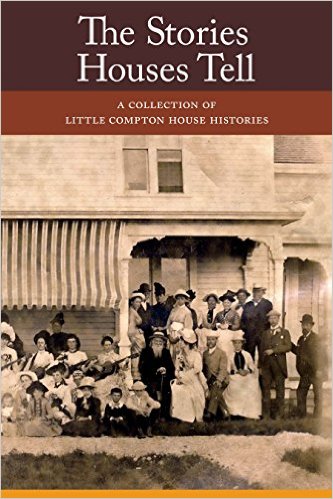 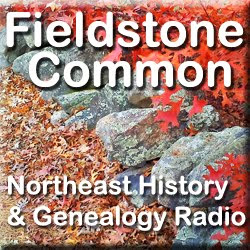 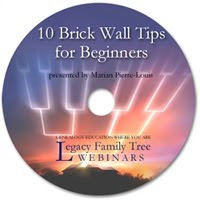